I am VERY thrilled to announce that one of my fabulous readers has the chance to win a free set of tickets to Three Blind Vines 2013! I’ve had the pleasure of being a part of this exciting event for the last two years. Three Blind Vines is the annual headline event for Next Generation Heritage Foundation of Franklin and Williamson County.

This non-profit, which works to protect local historic resources, purchased the soon-to-be 75-year-old Franklin Theatre in October 2007 for $1.75 million and reopened the venue in June of 2011 as a multi-use entertainment facility. Three Blind Vines supports Next Gen’s purchase of the beautiful 1937 replica marquee on the front of the Franklin Theatre.

What can you expect at Three Blind Vines 2013? Here’s the scoop:

This year’s event is presented by Puckett’s Boathouse and will be hosted by well-known, long-time Nashville news anchor and Talk of the Town co-host Harry Chapman. The theme for 2013 is the swanky 1960s, so guests are encouraged to dress up and be inspired by the wardrobe stylings of Jackie O., The Rat Pack and AMC’s award-winning television show, Mad Men. Guests will enjoy early sixties jazz provided by the Duffy Jackson Quartet – a jazz powerhouse who has toured with Lena Horne and Sammy Davis, Jr.

Attendees will have the opportunity to compete and vote in this “blind wine” contest. Winners of the favorite red and favorite white wines will go home with TONS of free wine. To learn more about how the event works, click here. In the meantime, enter to win by completing the actions below. Each item gets you an entry into the contest!

The contest ends at midnight on January 31, so don’t delay! I’m looking forward to announcing the lucky winner! 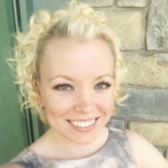